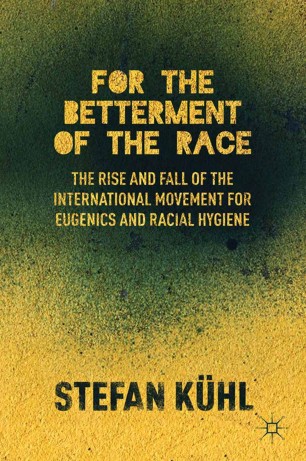 For the Betterment of the Race

Racism, race hygiene, eugenics, and their histories have for a long time been studied in terms of individual countries, whether genocidal ideology in Nazi Germany or scientific racial theories in the United States. As this study demonstrates, however, eugenic racial policy and scientific racism alike had a strongly international dimension. Concepts such as a 'Racial Confederation of European Peoples' or a 'blonde internationalism' marked the thinking and the actions of many eugenicists, undergirding transnational networks that persist even today. Author Stefan Kühl provides here a historical foundation for this phenomenon, contextualizing the international eugenics movement in relation to National Socialist race policies and showing how intensively eugenicists worked to disseminate their beliefs throughout the world.