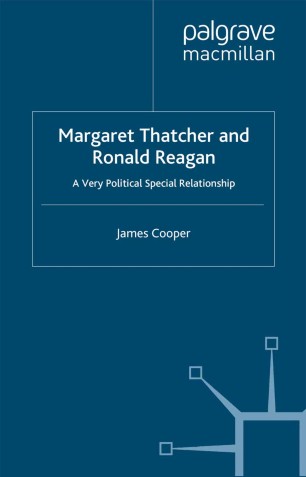 A new exploration of the relationship between the Margaret Thatcher and Ronald Reagan administrations in domestic policy. Using recently released documentary material and extensive research interviews, James Cooper demonstrates how specific policy transfer between these 'political soul mates' was more limited than is typically assumed.

JAMES COOPER completed his PhD at Aberystwyth University, UK, in 2010, and then became Lecturer in Modern History at the same institution. During the 2012/13 academic year he will be the Fulbright-Robertson Visiting Professor of British History at Westminster College, Missouri, in the United States.