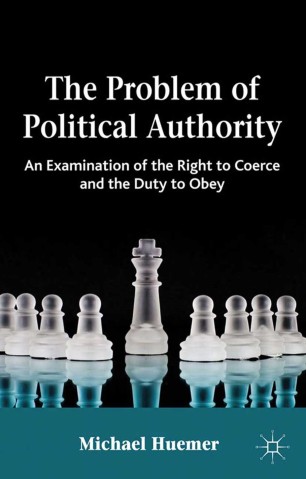 The Problem of Political Authority

The state is often ascribed a special sort of authority, one that obliges citizens to obey its commands and entitles the state to enforce those commands through threats of violence. This book argues that this notion is a moral illusion: no one has ever possessed that sort of authority.

Michael Huemer is Professor of Philosophy at the University of Colorado at Boulder, USA, where he has worked since 1998. He is the author of Skepticism and the Veil of Perception and Ethical Intuitionism , as well as more than 40 articles in ethics, epistemology, political philosophy, and metaphysics.