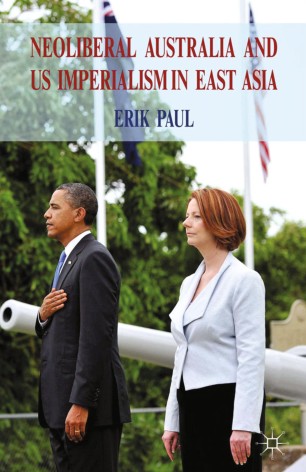 Neoliberal Australia and US Imperialism in East Asia

A critical analysis of Australia's neoliberal state and role in the American imperial project in Asia. In exposing the causal mechanisms for violence and prospects for more wars it argues for emancipatory alternatives to the existing dominant and anti-democratic neoliberal governmentality.

ERIK PAUL is Adjunct Professor at the Centre for Peace and Conflict Studies, University of Sydney, Australia. His research focuses on Australia's relations with the Asia-Pacific and issues of regional and world peace. His latest book is Obstacles to Democratization in Southeast Asia from Palgrave Macmillan.