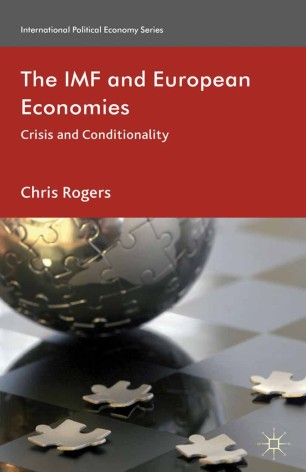 The IMF and European Economies

This book examines the role that the IMF has played in the management of financial crises in developed nations. The topic is of particular significance in light of the global financial crisis that emerged following the collapse of American sub-prime mortgage markets in 2007, and the subsequent sovereign debt problems of many Western states.

CHRIS ROGERS is Teaching Fellow in International Political Economy at the University of York, UK. He has worked on the evolution of Britain's relationship with the International Monetary Fund since the 1970s and has published articles in Politics & Policy, The British Journal of Politics and International Relations, British Politics, and The Political Quarterly.