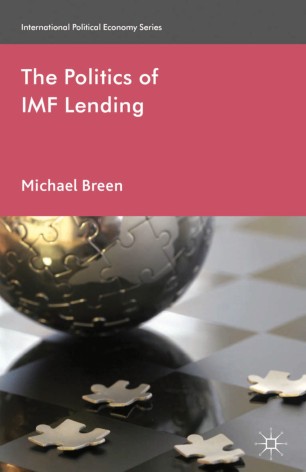 The Politics of IMF Lending

As national governments continue to disagree over how to respond to the aftermath of the global financial crisis, two of the few areas of consensus were the decisions to increase the IMF's capacity to respond and remove the policies designed to limit the use of its resources. Why was this massive increase in the size of the IMF, accompanied by the removal of policies designed to limit moral hazard, such an easy point of consensus? Michael Breen looks at the hidden politics behind IMF lending and proposes a new theory based on shareholder control. To test this theory, he combines statistical analysis with a sweeping account of IMF lending and conditionality during two global crises; the European sovereign debt crisis and the Asian financial crisis.