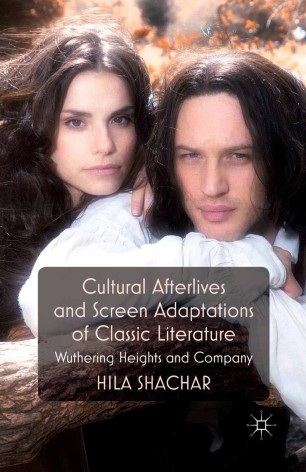 Film and television adaptations of classic literature have held a longstanding appeal for audiences, an appeal that this book sets out to examine. With a particular focus on Wuthering Heights , the book examines adaptations made from the 1930s to the twenty-first century, providing an understanding of how they help shape our cultural landscape.

Hila Shachar is a Lecturer in English Literature at De Montfort University and a member of the Centre for Adaptations who specialises in the adaptation of classic literary works and authors in various media including film, television and ballet. Her book, Cultural Afterlives and Screen Adaptations of Classic Literature: Wuthering Heights and Company (Palgrave Macmillan, 2012), was featured in The New York Times and The International Herald Tribune, as well as nominated for the 2012 Western Australian Premier's Book Awards. She works as a writer for The Australian Ballet and is currently writing a monograph on literary biopics, examining the screen adaptation of the figure of the author.