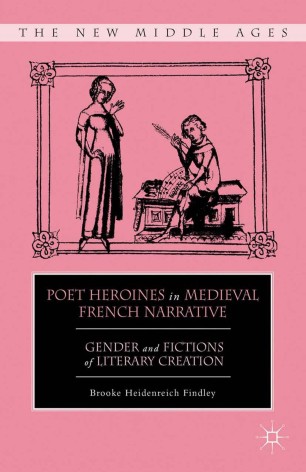 Gender and Fictions of Literary Creation

Examining French literature from the medieval period, Findley revises our understanding of medieval literary composition as a largely masculine activity, suggesting instead that writing is seen in these texts as problematically gendered and often feminizing.

"Findley's study not only does exactly what she claims it will, but, via its combination of close readings and feminist theory, it also produces important new insights into medieval narrative, its depictions of gender, and its conception of literary creation In short, this is a volume that deserves to be widely read by medieval literary scholars, and feminist scholars of French literature more broadly as it offers much not only to scholars of the medieval French texts it studies, but also to those concerned with the intersection of women and medieval literary production more broadly. Indeed it can likely be read with much profit by scholars concerned with issues of female literary creation in other periods, for it offers innovative, insightful analysis that has application and implications well beyond the corpus of texts it studies." - The Medieval Review