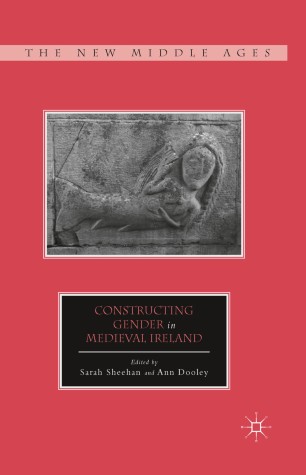 "This book is a groundbreaking re-reading of gender construction in Medieval Ireland. Despite Ireland's unique early literature, there has been little produced on this topic, and it is a joy to find contributions from such scholars in one volume. This book will be welcomed for its scope and depth as an invaluable addition to the general medieval field of gender studies, for the amateur and professional scholar alike." - Muireann Ní Bhrolcháin, Senior Lecturer, National University of Ireland Maynooth, Ireland

"The unruly sex-gender systems of medieval Irish literature remain nearly as much a scandal to the conservative heteronormativism of modern scholarship in the field as they were to Romanizing churchmen, proto-colonialist Normans, and Elizabethan carpet-baggers. This collection, at long last, clarifies what scholars of medieval gender have to learn from Irish texts, and why it's high time for Celticists, in their turn, to engage more fully the gender-critical insights of the last three decades." - David Townsend, Professor of Medieval Studies and English, University of Toronto, Canada

"[A] genuine conversation about the gendered implications of medieval Irish literature .Until the recent vote on same-sex marriage, the Irish have rarely taken a revolutionary lead in the battle for gender equity. The authors of this volume, led by Mulligan and Dooley, suggest that Irish ambivalence about sexuality and gender boundaries has its origins in the medieval past." - The Medieval Review