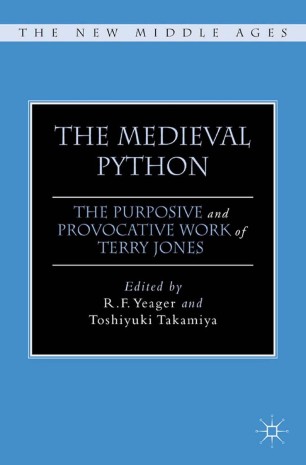 The Purposive and Provocative Work of Terry Jones

This is a collection of essays by diverse hands engaging, interrogating, and honoring the medieval scholarship of Terry Jones. Jones' life-long engagement with the Middle Ages in general, and with the work of Chaucer in particular, has significantly influenced contemporary understanding of the period generally, and Middle English letters in particular. Both in film of all types - full-feature comedy (Monty Python and the Holy Grail) as well as educational television series for BBC, the History Channel, etc. (e.g., Medieval Lives) - and in his published scholarship (e.g., Chaucer's Knight, in original and revised editions, Who Murdered Chaucer?), Jones has applied his unique combination of carefully researched scholarship, keen intelligence, fearless skepticism of establishment thinking, and his broad good humor to challenge, enlighten and reform. No one working today in either Middle English studies or in period-related film and/or documentary can proceed untouched by Jones' purposive, provocative views. Jones, perhaps more than any other medievalist, can be said to be an integral part of what Palgrave deems the "common dialogue."