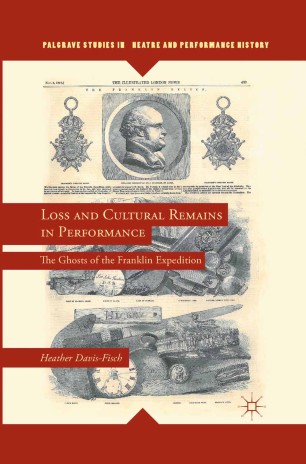 Loss and Cultural Remains in Performance

The Ghosts of the Franklin Expedition

In 1845, John Franklin's Northwest Passage expedition disappeared. The expedition left an archive of performative remains that entice one to consider the tension between material remains and memory and reflect on how substitution and surrogation work alongside mourning and melancholia as responses to loss.

Heather Davis-Fisch is an instructor in English and Theatre at the University of Fraser Valley, Canada

"Davis-Fisch's book is . . . the most original and engaging work on the cultural impact of the mid-century Franklin fascination yet to appear - and, it's to be hoped, a harbinger of further such studies of the larger dramas of exploration as such, in all the regions of the world that the 'West' thought of as distant." - The Arctic Book Review

"The argument of Heather Davis-Fisch's book - that we might trace the 'remains' of a cultural event through performance in order both to evoke its circumstances and to argue for a relationship between performance and history, as well as performance and 'loss' more generally - is important, compelling, and interesting. Davis-Fisch makes her points clearly and delivers interesting close readings informed by recent criticism and theory." - Jennifer Hill, Fitzgerald Distinguished Professor of the Humanities , University of Nevada, Reno