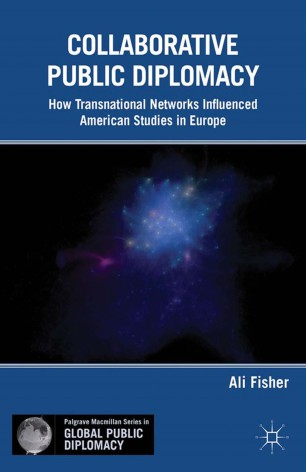 Using archival research and recorded interviews, this book charts the development of American Studies in Europe during the early Cold War. It demonstrates how negotiations took place through a network of relationships and draws lessons for public diplomacy in an age when communities are connected through multi-hub, multi-directional networks.

"This is a remarkable manuscript by one of today's leading and highly respected young scholars specializing in the theory and practice of public diplomacy a rapidly growing field of academic study. Fisher's book marshals and critically examines an extraordinary range of scholarly literature in two distinct but related areas of inquiry current theories of networks and collaborative public diplomacy and the origins and development of American Studies in Europe during the second half of the 20th century. Scholars in the field, and increasingly forward-leaning practitioners, will not be disappointed with Collaborative Public Diplomacy, given its scholarship and erudition."