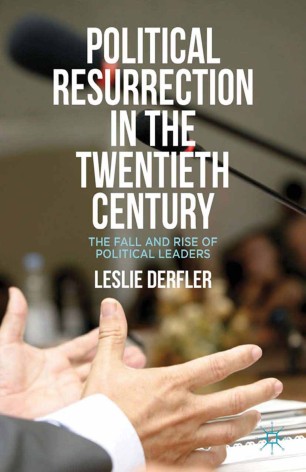 Political Resurrection in the Twentieth Century

The Fall and Rise of Political Leaders

Charles de Gaulle of France, Juan Perón of Argentina, and Pierre Elliott Trudeau of Canada all achieved the pinnacle of political power, fell from or relinquished power, and then, after a period in the political wilderness, regained their power. By placing greater emphasis than that customarily accorded by biographers on the interment that followed their fall and preceded their resurrection, Derfler describes what they did, the lessons they learned, and the mistakes made by their successors that facilitated their reentry.