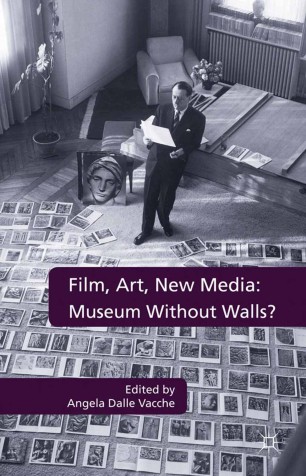 In the footsteps of Andre Bazin, this anthology of 15 original essays argues that the photographic origin of twentieth-century cinema is anti-anthropocentric. Well aware that the twentieth century stands out as the only period in history with its own photographic film record for posterity, Angela Dalle Vacche has convened international scholars at The Sterling and Francine Clark Art Institute, and asked them to rethink the history and theory of the cinema as a new model for the museum of the future. By exploring the art historical tropes of face and landscape, and key areas of film studies such as early cinema, Soviet film theory, documentary, the avant-garde and the newly-born genre of the museum film, this collection includes detailed discussions of installation art, and close analyses of media relations which range from dance to painting to performance art. Thanks to the title of Andre Malraux's famous project, Film, Art, New Media: Museum Without Walls? invites readers to reflect on the museum of the future, where twentieth-century cinema will play a pivotal role by interrogating the relation between art and science, technology and nature, from the side of photography in dialogue with digitalization.