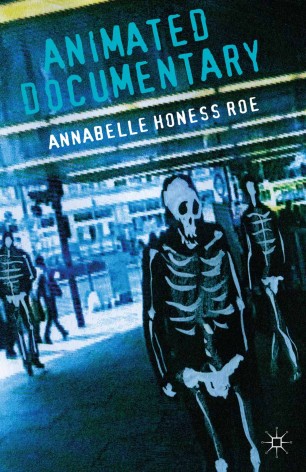 Animated Documentary, the first book to be published on this fascinating topic, considers how animation is used as a representational strategy in nonfiction film and television and explores the ways animation expands the range and depth of what documentary can show us about the world.
On behalf of the Society for Animation Studies(SAS), the Chair of the Jury announced the book as the winner of the delayed 2015 SAS McLaren-Lambart Award with the following words:

'Animated Documentary is a vital addition to both animation scholarship and film studies scholarship more broadly, expertly achieving the tricky challenge of synthesising these two scholarly traditions to provide a compelling and brilliantly coherent account of the animated documentary form. At the heart of Roe’s book is the conviction that animated documentary “has the capacity to represent temporally, geographically, and psychologically distal aspects of life beyond the reach of live action” (p. 22). As a representational strategy, Roe details how animated documentary can be seen to adopt techniques of “mimetic substitution, non-mimetic substitution and evocation” in response to the limitations of live action material (p. 26). Animated Documentary will without doubt become an essential resource for many years to come for anyone interested in the intersection of animation and documentary.'

Annabelle Honess Roe is Lecturer in Film Studies at the University of Surrey, UK. She has contributed chapters to a number of books and had articles published in Animation: An Interdisciplinary Journal and the Journal of British Cinema and Television.

“Animentaries are an excellent subject for pragmatic research projects, and Animated Documentary offers a wealth of ideas to embark upon them.” (Charles Forceville, Journal of Pragmatics, Vol. 89, 2015)