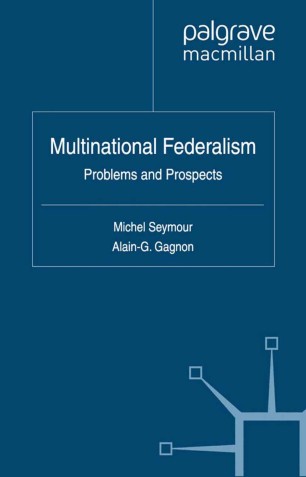 A collection of state of the art reflections by fourteen leading experts in the field of multinational federalism. Seymour and Gagnon have gathered contributions from philosophers, political scientists and jurists dealing with the accommodation of peoples in countries like Belgium, Canada, Europe, Great Britain, India and Spain.