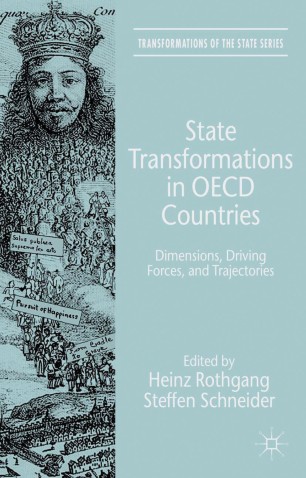 The democratic nation state of the post-war era has undergone major transformations since the 1970s, and political authority has been both internationalized and privatized. The thirteen chapters of this edited collection deal with major transformations of governance arrangements and state responsibilities in the countries of the OECD world. A unified conceptual and explanatory framework is used to describe trajectories of state change, to explain the internationalization or privatization of responsibilities in the resource, law, legitimacy and welfare dimensions of the democratic nation state, and to probe the state's role in the today's post-national constellation of political authority. As the contributions show, an unravelling of state authority has indeed occurred, but the state nevertheless continues to play a key role in emerging governance arrangements. Hence it is not merely a 'victim' of globalization and other driving forces of change.