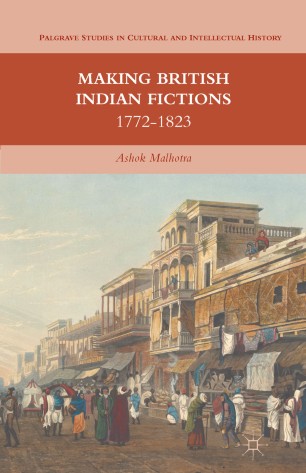 This book examines fictional representations of India in novels, plays and poetry produced between the years 1772 to 1823 as historical source material. It uses literary texts as case studies to investigate how Britons residing both in the metropole and in India justified, confronted and imagined the colonial encounter during this period.

ASHOK MALHOTRA is British Academy Postdoctoral Fellow at the University of Warwick, UK.

'This book revisits postcolonial scholarship from the 1990s the work of scholars such as Bart Moore-Gilbert, Felicity Nussbaum, Balachandra Rajan, Sara Suleri, and Kate Teltscher to argue that British literature and cultural life was transformed by Britain's colonial interactions with India. Following this august group of scholars, Ashok Malhotra argues that the historical evidence shows that Britons frequently misunderstood India, even as depictions and representations of India became increasingly popular.' American Historical Review