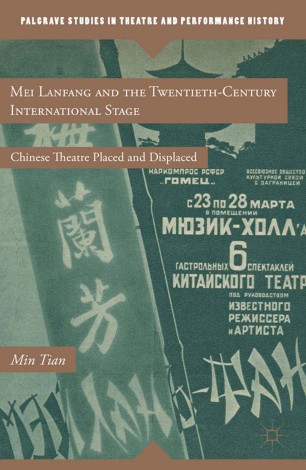 "Tian's greatest strength is his ability to draw our attention to a balanced history with his comprehensive summary of conflicting views of Mei's tours ... Tian offers a rich paradigm of the multiple strategies that evolved in response to Chinese theatre's increasing visibility. There is much to enjoy in these thoroughly researched and critically argued chapters . . . This book is sure to provoke further discussion among all those who have an interest in the impact of Mei Lanfang on the international stage." - Comparative Drama

"The book's greatest strength lies not in detailing the cultural meanings performed on stage, but those perceived by experts in the audience below . . . this study of the astonishing transnational influence of an Asian genre of performance has filled in research blanks in performance history; the cultural histories of Japan, China, the United States and the Soviet Union; and cosmopolitanism in the arts. It is to be highly commended." - Modern Art Asia

"Tian's contributions to the ongoing exchange of views about [the history and future of xiqu] are most welcome, precisely because serious debate is best fed by questions rather than ready-made answers." - CHINOPERL Papers

". . .The research is extremely impressive: Tian has consulted archives in different languages and included materials first seen in English publication. The glossary for Chinese and Japanese terms and resources is also a treasure trove. . .Tian demonstrates that there is probably plenty to be uncovered if we keep digging; however, the mythologized, glorified, politicized, and historicized Mei Lanfang should probably be put to rest half a century after his passing. As traditional Chinese theater is barely holding on today, [we] look forward to reading Tian's investigation on contemporary Chinese opera." - The Journal of Asian Studies