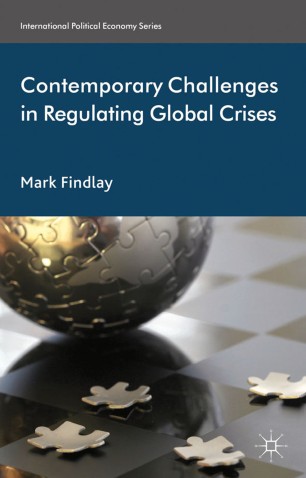 Mark Findlay's treatment of regulatory sociability charts the anticipated and even inevitable transition to mutual interest which is the essence of taking communities from shared risk to shared fate. In the context of today's global crises, he explains that for the sake of sustainability, human diversity can bond in different ways to achieve fate.

MARK FINDLAY is Professor of Law at the Singapore Management University, Singapore. He is also Professor of Criminal Justice, at the University of Sydney, Australia and Deputy Director of the Institute of Criminology at that Law School. He has held research chairs at Leeds University, and the Nottingham Law School, UK. In recent years Professor Findlay has focused his writing on the intersection between globalisation, crime and control, with central interests around international criminal justice. This led to new considerations of global crisis and the manner in which regulation needs to address the needs of fragmented states and transitional cultures. He is the author of twenty books and over a hundred journal articles and chapters.

'A mere half-century ago, regulation was almost exclusively the work of government employees attending to matters within defined jurisdictional boundaries. Today, regulatory processes are influenced significantly, and in some cases actually driven, by non-governmental actors whose endeavours transcend national frontiers. Professor Findlay's refreshing perspective on this new collaborative regulatory landscape deserves the attention of regulatory officials, the private sector, non-government regulatory activists, and scholars of regulation everywhere. His concept of regulatory sociability charts a course for governance in the 21st century.' - Peter Grabosky, Australian National University

'Mark Findlay employs a variety of techniques central to contemporary critical scholarship to move away from mainstream actor/agency-centered approaches to regulatory regimes. Instead, he focuses upon the systemic, or property-aspect, dimensions of regulatory breakdown that are manifest within economic crime and political corruption. The result is an innovative work that unambiguously claims alternative regulatory scholarship as an intellectual province of critical criminology.' - Eric Wilson, Monash University, Australia