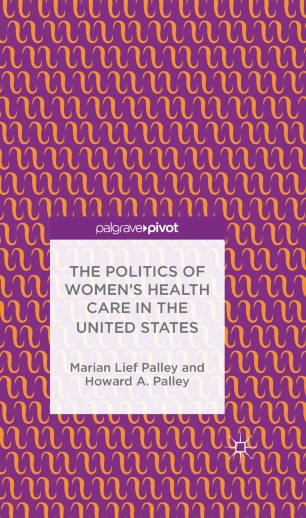 The Politics of Women’s Health Care in the United States

In a social and political environment that has become more accepting of gender equity, women's health issues have emerged in the forefront of the social policy agenda of the United States. The organized women's movement has been successful in many of its endeavors to improve opportunities for women in society in areas such as education, business, sports and the professions. As this book shows, they also have been successful in changing the definition of women's health and placing many elements of health care needs on the nation's policy agenda. During the late 1960s and early 1970s, abortion rights emerged as a central concern for many women's rights activists, some of whom took on women's other health issues. The Politics of Women's Health Care in the United States shows how the evolution of the women's health agenda has been a reaction to the empowerment of women in the years after the emergence of the contemporary women's movement in 1966 and the subsequent 'social reconstruction' of women from dependent to advantaged population.