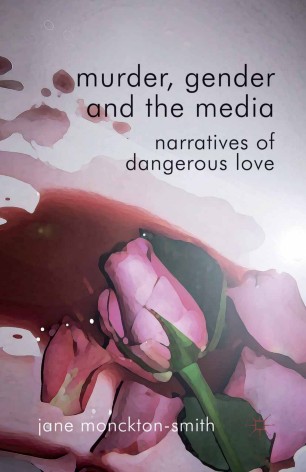 Murder, Gender and the Media

A shocking look at how the idea of romantic love can justify and excuse the killing of women by their partners, and lead to sympathy and reduced sentences for the killers. The author explores how stories of domestic homicide are told in the news, by the police, and in the courts, drawing from 72 cases which took place over a twelve month period.

DR JANE MONCKTON SMITH Senior Lecturer in Criminology with the University of Gloucestershire, UK, and a former police officer. She is also author of Relating Rape and Murder: Narratives of Sex, Death and Gender (Palgrave Macmillan).

'Murder, Gender and the Media draws on original empirical research on Intimate Partner Femicide to challenge the dominant discourse of heterosexual romantic love - reinforced by the news media - which can serve to rationalise these murders. In nine powerful chapters (including Frank Mullane's sobering account of the homicide review of his sister and nephew's murders), it gives voice to those women silenced by the system during what is sometimes decades of abuse, and ultimately silenced by death. In doing so, it shifts the narrative to expose the control and gendered abuse that characterise relationships that end in femicide.

While the case studies are from the UK, the analysis and discussion are relevant across Western jurisdictions. With rigorous data and powerful prose, this book will inform psychologists, criminologists, and other academics with an interest in violence against women, while being accessible to criminal justice professionals, journalists and, indeed, lay audiences. As such, it is an important addition to scholarship on gendered violence.' - Dr Carolyn Hoyle, University of Oxford Centre for Criminology

'Murder, Gender and the Media is pathbreaking. By examining media coverage of 72 shocking cases, Doctor Monckton-Smith shows how media coverage of 'femicide' rationalizes the abuse of women, reinforcing the widespread tendency for the authorities to treat their abuse as 'invisible,' even when it is in plain sight. Using narratives ascribing the murders to love gone wrong, the news media effectively subsume women's experience to men's, further silencing voices already quieted by death, suggesting women's complicity in their own demise and providing the grounds for police and others to minimize these deaths as just 'domestics,' tragic but somehow inevitable consequences of passion rather than gender strategies of entrapment and control. The prose is as sharp as it is penetrating; the scholarship is impeccable; and Doctor Monckton-Smith does not allow her obvious commitment to interfere with her objectivity. A must readfor anyone concerned about women's issues, an analysis of media and the many ways in which public problems are reframed to appeal to popular prejudice. In a moving Appendix, Frank Mullane recounts the tortuous steps that led from the murder-suicide in which his sister Julia and nephew Will were killed to the creation of Homicide Review Teams in Great Britain. Though there is much that will pain readers in this book, the way forward is clear.' - Professor Evan Stark, Rutgers University School of Public Affairs and Administration, Newark