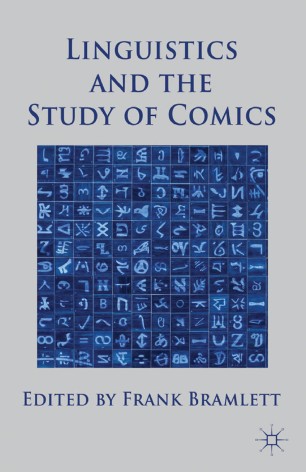 Linguistics and the Study of Comics

Do Irish superheroes actually sound Irish? Why are Gary Larson's Far Side cartoons funny? How do political cartoonists in India, Turkey, and the US get their point across? What is the impact of English on comics written in other languages?
These questions and many more are answered in this volume, which brings together the two fields of comics research and linguistics to produce groundbreaking scholarship. With an international cast of contributors, the book offers novel insights into the role of language in comics, graphic novels, and single-panel cartoons, analyzing the intersections between the visual and the verbal. Contributions examine the relationship between cognitive linguistics and visual elements as well as interrogate the controversial claim about the status of comics as a language. The book argues that comics tell us a great deal about the sociocultural realities of language, exploring what code switching, language contact, dialect, and linguistic variation can tell us about identity – from the imagined and stereotyped to the political and real.

Frank Bramlett is Associate Professor in the Department of English, the University of Nebraska at Omaha, USA. He has presented on discourse analysis and sociolinguistics at a wide range of linguistics conferences and published in journals such as Narrative and the on-line comics journal ImageText.