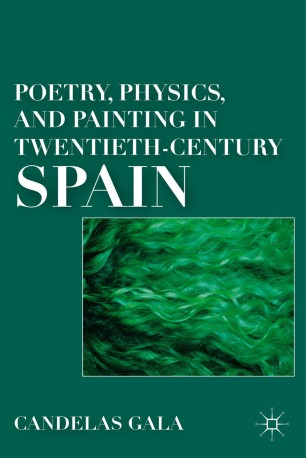 This book reads the work of Salinas, Guillén, Larrea, Diego, Alberti, Méndez, and Lorca in analogical relation with Cubism and with the revolutionary discoveries of modern physics. Gala advances traditional criticism by considering these artists in the broader cultural context of Spain, Europe, and European Modernism.

'Gala is, with good cause, a well-respected literary critic whose reputation for thorough research and insightful and courageous criticism and analysis will be reconfirmed in this work. This book extends and deepens her earlier, well received consideration of Lorca´s poetry and his apprehension and articulation of the principles of physics by exploring the dynamic in his generation. Critics have explored the work of Spanish authors in relationship to the scientists and scientific principles of their day, largely in the study of novels, short stories and essays. These studies include examinations of medicine, psychology, biology, and physics. Convincing work has been done that studies the influence of science on art, especially surrealism, futurism, and Cubism. There are good studies published of the role of the Residencia de estudiantes as a ground zero of sorts for exchanges among literature, science and art. Gala´s work will add a significant contribution to the few studies that have directly connected the poets of the generation of 1927 to physics. It is timely and valuable and will be a great resource for a long time to come.' - Cecelia J Cavanaugh SSJ, Associate Professor of Spanish, Chestnut Hill College and author of Lorca´s Drawings and Poems: Forming the Eye of the Reader and New Lenses for Lorca: Poetry and Science in the Edad de plata

'Poetry, Physics, and Painting in Twentieth-Century Spain illuminates Spanish poetry of the 1920s in an entirely new way by restoring the exhilarating context of new scientific knowledge to which the poets were responding. These liberating developments included not only the Relativity Theory of Einstein, whose celebrity began in 1919, but also the discoveries made in the context of ether physics from the late 1890s through the 1910s (e.g., X-rays, the Hertzian waves of wireless telegraphy, and radioactivity) upon which their European counterparts, including Cubist painters, drew as well. With its convincing demonstration of the fundamental transformation of contemporary ideas of space, matter, light, energy, time, and vibratory wave communication, Gala's book stands in the tradition of the Gavin Parkinson's Surrealism, Art, and Modern Physics: Relativity, Quantum Mechanics, and Epistemology as a model of tracking the diffusion of scientific knowledge and subtly analyzing its impact on poets and artists alike.' - Linda Dalrymple Henderson, David Bruton, Jr. Centennial Professor of Art History, The University of Texas at Austin

'With this volume, Gala makes an important contribution to the study of the Spanish avant-garde and European Modernism. Her insightful reading of the work of some of Spain's most prominent early twentieth-century poets demonstrates how scientific knowledge can illuminate our understanding of these writers' conception of reality and approaches to art.' - Federico Bonaddio, King's College London

'Gala's new book focuses on the splendid poetry of the Generation of 1927 writers such as Federico García Lorca, Jorge Guillén, Pedro Salinas, Rafael Alberti, Gerardo Diego, though two relative newcomers are generously invited into the fold, Concha Méndez and Juan Larrea. It argues that, especially in the 1920s in Spain when these writers were composing their best works, contemporary scientific notions coined by the likes of Einstein and Bohr struck a chord with them as they sought to discover their own 'fourth dimension'. Carefully argued and based on biographical as much as textual evidence, this study teases out the scientific ideas - such as relativity, the fourth dimension, the curvature of space, the flexibility of time, the osmoticism of mass, energy and light, the mollusk-like viscosity of the universe which are bubbling just beneath the surface of the poems of the Generation of 1927. It will radically change the way we look at poetry in the 1920s.' - Stephen M. Hart, professor, University College London

"A perceptive, thought-provoking study that opens new venues for the reader. . . . A thoroughly investigated, challenging, and insightful volume reflecting the author's assiduous, innovative research. A commendable contribution to Spanish studies of the era. Summing Up: Highly recommended." CHOICE