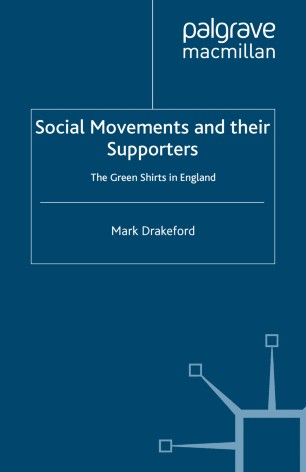 Social Movements and their Supporters

The Greenshirts in England

Why do people join social movements? What keeps them involved once they have joined? These central questions in the study of social movements are newly investigated in this study of the interwar Green Shirt Movement. The Green Shirts are the only example in Britain of an anti-war, mixed sex youth movement which became a uniformed, political organisation, marching the streets and mobilising amongst the unemployed. Half a century after the movement came to an end it remains, for surviving members, the most important experience of their lives. This book uses their experiences to cast new light on the concepts of commitment, charisma and affiliation in social movements.