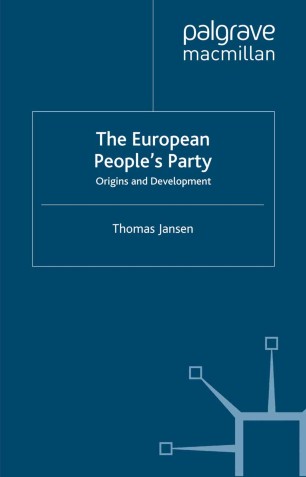 Describes the origins (since 1925), the foundation (1978) and the evolution (until today) of the 'European People's Party' and shows how political parties are vital to the integration process within the European Union. The book examines the emergence of a transnational party system to which the Christian Democrats contribute with the EPP alongside the Social Democrats (ESP) and the Liberal Democrats (ELDR). The analysis of the political, structural and programmatic development of the EPP shows clearly that European politics have become to a large extent domestic affairs and vice versa.