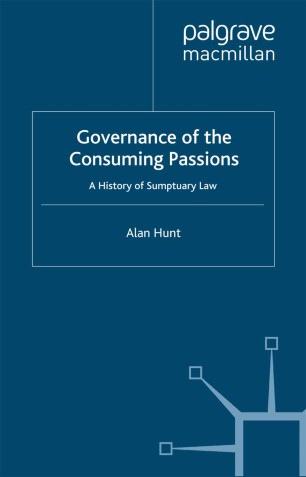 Governance of the Consuming Passions

A History of Sumptuary Law

This book explores the sumptuary laws that regulated conspicuous consumption in respect to dress, ornaments, and food that were widespread in late medieval and early modern Europe. It argues that sumptuary laws were attempts to stabilize social recognizability in the urban `world of strangers' and in the governance of cities. The gendered character of sumptuary laws are viewed as components of 'gender wars'. These laws are explored as projects directed at the reform of popular culture and in their links to the governance of vagrancy and of popular recreation. This study challenges the view that the sumptuary actually died and develops an argument that in the modern world the regulation of consumption persists, but becomes dispersed throughout a range of both public and private forms of governance. The conclusions stresses the persistence of projects of governance of personal appearance and of private consumption.