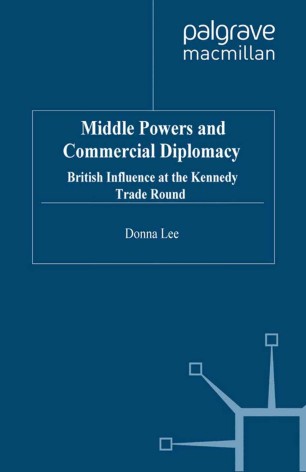 British Influence at the Kennedy Trade Round

Part of the Studies in Diplomacy book series (STD)

This book marries the disciplines of International Relations and Diplomatic History to provide a major new study of the GATT system in the 1960s. Using recently declassified British and American government documents, this book identifies the key role British diplomats played at the Kennedy Round. Through the close ties that characterise the Anglo-American relationship, the British influenced American policy and strategy in the negotiations. The evidence of this study challenges realist theories of middle power influence in the international political economy by demonstrating the determining role of state-level factors such as diplomatic skill and policy expertise.