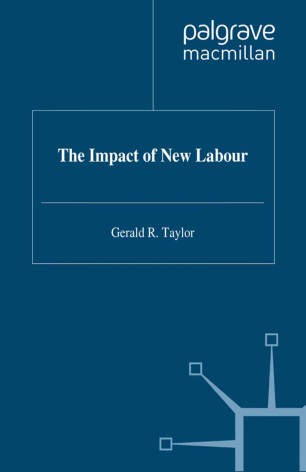 The Impact of New Labour

An up-to-date critical assessment of the 'New Labour' phenomena. It assesses the impact of Labour's 'modernizers' in three crucial areas: changes within the Labour party itself, the reformation of the British state, and the influence on particular areas of policy. The essays do not seek to provide unequivocal answers to the questions raised by the arrival of New Labour and their initial period in office, but provide a debate between the contributors over the nature and significance of these changes. The book is a wide-ranging and accessible account of the political phenomena which will lead Britain into the twenty-first century.