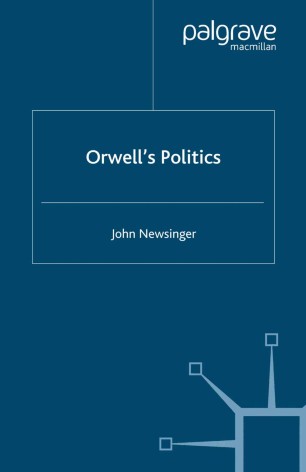 Orwell's Politics is a study of the development of George Orwell's political ideas and beliefs from his time as a policeman in Burma through to the publication of Nineteen Eighty-Four . It places Orwell's thinking in historical context, examining his response to mass unemployment in 1930s Britain, to revolution in Spain, to the impact of the Second World War and its aftermath. Orwell remained both an anti-Stalinist and a socialist up until his death.