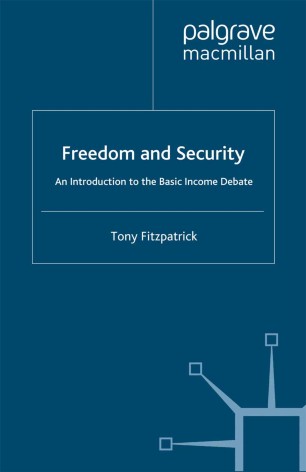 An Introduction to the Basic Income Debate

A basic income would be an income paid periodically and unconditionally to every man, woman and child as a fundamental right of citizenship and without reference to employment, marital and household status. It would be a means of ensuring the twin objectives of freedom and security for all. This book provides an introduction to the basic income debate, examining a range of arguments for and against, and so will be of interest to anybody concerned with the future direction of the welfare state.

Tony Fitzpatrick is Lecturer in Social Policy at the University of Luton.

'This book...identifies, explains and explores an alternative strategy for reform that could lower many of the barriers that have led to social exclusion in welfare states, and avoid many of the traps into which Clintonism-Blairism is falling.' - Bill Jordan, Exeter University

'Enthusiastically advocated by some, bitterly criticized by others, Basic Income will be one of the focal ideas of Europe's public policy debate in the 21st century. There exists no better introduction to its pros and cons than Tony Fitzpatrick's lucid book.' - Philippe Van Parijs, Professor of Economic and Social Ethics, Université Catholique de Louvain

'The issues that Fitzpatrick so persuasively examines here are at the very heart of the welfare reform debate and anyone who is concerned with that debate should read this book.' - Chris Pierson