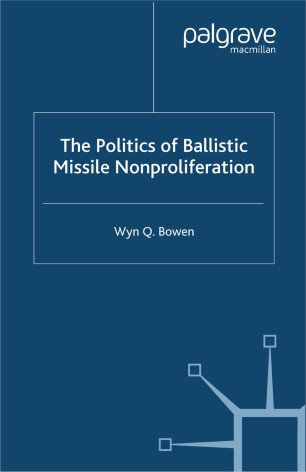 The Politics of Ballistic Missile Nonproliferation

During the presidency of George Bush (1989-93), the proliferation of nuclear chemical and biological weapons, and the ballistic missiles capable of delivering them, rose greatly in significance as issues on the American security agenda. In the missile field, this became evident by the efforts of certain elements in the executive branch and several congressmen to improve domestic and international implementation of the Missile Technology Control Regime. The Politics of Ballistic Missile Nonproliferation examines the political, bureaucratic and systemic issues that interacted to determine the outcome of these efforts.