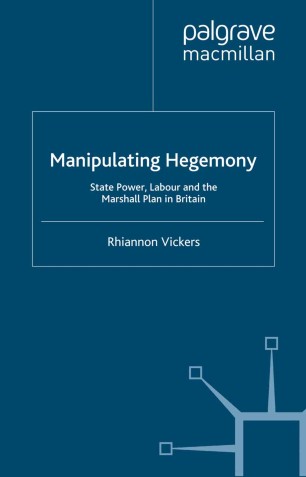 State Power, Labour and the Marshall Plan in Britain

Drawing on neo-Gramscian theories of International Political Economy, this book explores the impact of the Marshall Plan on labour and government in Britain. Rather than the US imposing a 'politics of productivity' on an unwilling government, the centre-right of the Labour Party used the Marshall Plan to achieve its own political ends. Manipulating Hegemony shows how the government was able to marginalise the left to create a pattern of state-labour politics that was to endure until the end of the 1970s.

Rhiannon Vickers is Lecturer in Politics at University of Leeds.