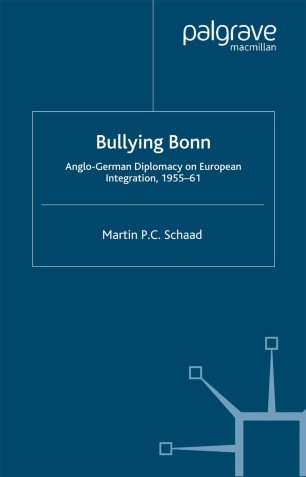 This study explores the formulation, tactics and impact of Britain's diplomatic efforts to induce the German government to abandon, modify and later to enlarge the European Economic Community. Its main contention is that British diplomacy between the Messina conference of 1955 and the first membership application of 1961 was counterproductive.

MARTIN SCHAAD is Researcher at the Einstein Forum, Potsdam, Germany. His doctoral thesis was awarded the German Historical Institute London Prize. His work on the history and politics of European integration has appeared in several learned journals and editions.