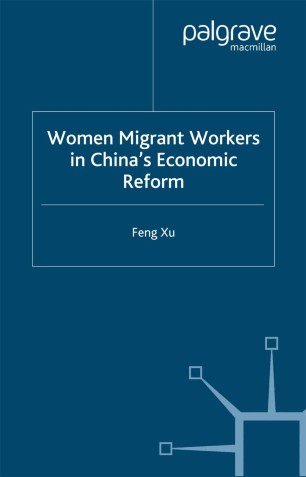 Women Migrant Workers in China's Economic Reform studies unmarried women migrant workers in China. As international migrants in China's richest province, they work in silk, one of China's oldest and most symbolically-charged industries. Through extensive interviews and a wide-ranging interpretation of the secondary literature, this book brings an interdisciplinary approach to its study of power and identity. Gender, class, and local identities matter in the factories and streets of a one-industry town, and municipal and factory leaders seek to rework these over-shifting forces to build a low-cost, reliable labour force. The women in question seek to rework these disadvantages by the same forces, have other aspirations!

FENG XU teaches political science at Agnes Scott College, Decatur, Georgia, where she also serves as director of the International Relations Program. She left China in 1990 to pursue her master's in political science at York University, Toronto, Canada, and received her doctorate there in 1998.