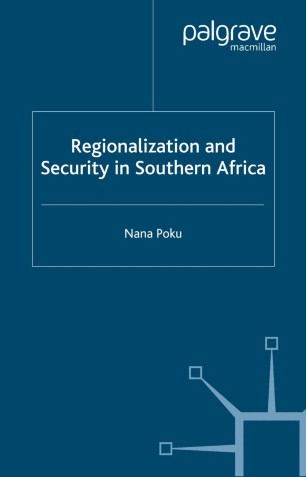 Regionalization and Security in Southern Africa

Once torn by ideological conflicts and the dominance of command economies, Southern Africa is now moving towards economic liberalism and openness. In general, the ascendancy of 'market economics' is acknowledged by its governments, albeit with different degrees of enthusiasm. Theoretically rich and empirically engaging this timely book offers a critical insight into the ensuing debate on regionalism and the process of regionalization in southern Africa.

NANA POKU is a Senior United Nations researcher and Lecturer at Southampton University. He has written extensively for UN publications. Among his recent academic publications are Populations, Movements and Human Society (1999) and Security and Developments in Southern Africa (2000).