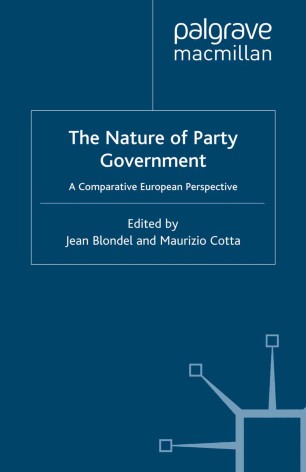 The Nature of Party Government

The Nature of Party Government examines relationships between governments and supporting parties on a comparative European basis. The book does so at the level of principles: there is a major conflict between governments, which should govern, and parties, which being representative, wish to shape the way governments operate. The book studies relationships empirically as well: it shows that they occur on three planes, appointments, policy-making and patronage and assesses the extent of two-way influence, from parties to governments and from governments to parties.

'This book clearly raises the bar for those interested in building and testing theories that apply across country contexts.' - Choice