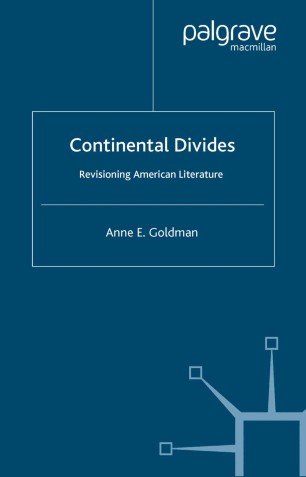 The book calls for a new iconography of region that unseats New England's status as cultural center of the United States and originary metaphor for national identity. No single territorial or political axis can adequately describe the complex regional relationships that comprise the nation, Goldman argues. The essays in this volume juxtapose African-American, Mexican-American, and Anglo American fictions produced in the wake of both the Civil War and the U.S.-Mexican War, contiguous national conflicts that remain segregated in critical practice. At once comparative and intertextual, the readings in this study redefine western literature in its relation to other U.S. regional literary formations. Goldman's arguments question critical sectionalism as extensively as they do regional divisions, by blurring generic distinctions, by reading across literary periods, and by juxtaposing writers who explore the same set of social issues during the same historical moment, but who are conventionally located in separate literary traditions: sentimental literature, the African American novel, literary modernism, early Mexican fiction.