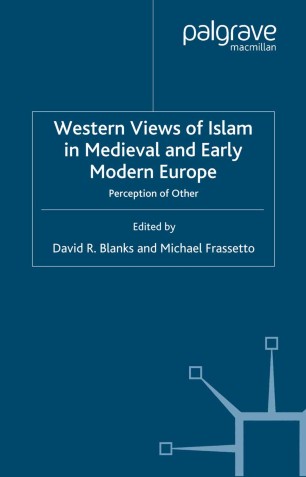 Western Views of Islam in Medieval and Early Modern Europe

Western Views of Islam in Medieval and Early Modern Europe considers the various attitudes of European religious and secular writers towards Islam during the Middle Ages and Early Modern Period. Examining works from England, France, Italy, the Holy Lands, and Spain, the essays in this volume explore the reactions of Westerners to the culture and religion of Islam. Many of the works studied reveal the hostility toward Islam of Europeans and the creation of negative stereotypes of Muslims by Western writers. These essays also reveal attempts at accommodation and understanding that stand in contrast to the prevailing hostility that existed then and, in some ways, exists still today.