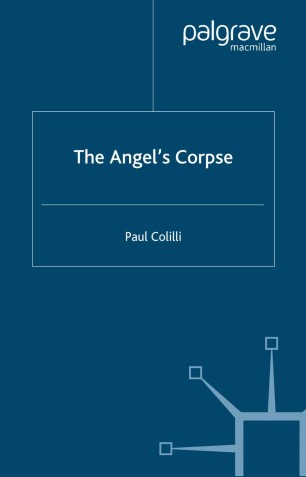 Part of the Semaphores and Signs book series (SAS)

With the great merit of Aristotle's Poetics , poetic logic became a theoretical activity endowed with a philosophical nature allowing it to be more philosophical than the pure representation of existence. Today, however, the theoretical status of poetic logic has been greatly demoted. The Angel's Corpse restores to poetic logic (or lyric philosophy) the cognitive and epistemological significance attributed to it by Aristotle. The Angel's corpse (the central metaphor in this restoration) is a sign-post beyond which there exists an uncharted terrain of human signification. This terrain is expressed in terms of lyric philosophy and its universal trait is a shocking into reawakening, which is linked to the dissolution of the repetitive logic of history. With this book, Colilli aims to bring to life the traits that are close to the Angel and which amount to a new philosophy of culture and interpretation. This philosophy is free from the ideological burden of previous systems, but pivots its cognito-epistemological premises on the idea of reawakening.

PAUL COLILLI is Professor of Italian Studies at Laurentian University. His books include Signs of the Hermetic Imagination and The Idea of a Living Spirit.