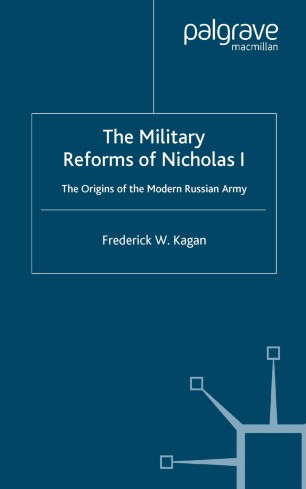 The Military Reforms of Nicholas I

The Origins of the Modern Russian Army

In the 1830s Russia was facing a crisis. The army was poorly organized, the administration was underdeveloped, inefficient, and corrupt, and the state was too poor to bear the strain. This crisis was the principal driving force behind Russia's reforms of the 1830s, and Nicholas' policies can only be understood within the context of that crisis. Within this context, Frederick Kagan's The Military Reforms of Nicholas I , examines Nicholas' fundamental reorganization of the Russian military administration from 1832-1836, bringing about the birth of the modern Russian army.