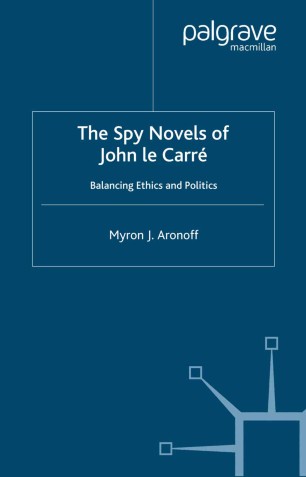 Using espionage as a metaphor for politics, John le Carré explores the dilemmas that confront individuals and governments as they act during and in the aftermath of the Cold War. His unforgettable characters struggle to maintain personal and professional integrity while facing conflicting personal, institutional, and ideological loyalties. In The Spy Novels of John le Carré , author Myron Aronoff interprets the ambiguous ethical and political implications of the work of John le Carré, revealing him to be one of the most important political writers of our time. Aronoff shows how through his writing, le Carré poses the difficult question of to what extent are western governments justified in pursuing raison d'état without undermining the very democratic freedoms that they claim to defend. He also draws parallels between the self-parody of le Carré and that of the seventeenth-century Dutch artist Jan Steen, and explains how it expresses a unique form of ambiguous moralism. In this volume Aronoff relates le Carré's fictional world to the real world of espionage, and demonstrates the need to balance the imperatives of ethics and politics in regard to some of the most pressing issues facing the world today.