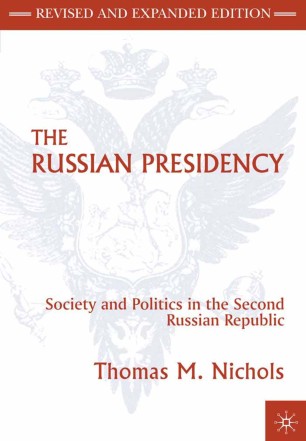 Society and Politics in the Second Russian Republic

Why has Russian democracy apparently survived and even strengthened under a presidential system, when so many other presidential regimes have decayed into authoritarian rule? And what are the origins of presidential power in modern Russia? Thomas M. Nichols argues that the answer lies in the relationship between political institutions and trust: where society, and consequently politics, is fractious and divided, structural safeguards inherent in presidentialism actually serve to strengthen democratic behavior. The Russian presidency is not the cause of social turmoil in Russia, but rather a successful response to it. This book's emphasis on the social origins of Russian politics explains not only the unexpected survival of Russian democracy, but encourages a reconsideration of the relationship between institutions, social conditions, and democracy.