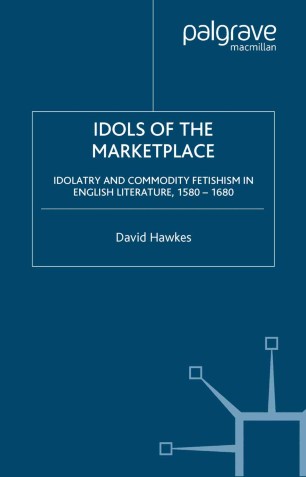 Idols of the Marketplace

Postmodern society seems incapable of elaborating an ethical critique of the market economy. Early modern society showed no such reticence. Between 1580 and 1680, Aristotelian teleology was replaced as the dominant mode of philosophy in England by Baconian empiricism. This was a process with implications for every sphere of life: for politics and theology, economics and ethics, aesthetics and sexuality. Through nuanced and original readings of Shakespeare, Herbert, Donne, Milton, Traherne, and Bunyan, David Hawkes sheds light on the antitheatrical controversy, and early modern debates over idolatry and value and trade. Hawkes argues that the people of Renaissance England believed that the decline of telos resulted in a reified, fetishistic mode of consciousness which manifests itself in such phenomena as religious idolatry, commodity fetish, and carnal sensuality. He suggests that the resulting early modern critique of the market economy has much to offer postmodern society.