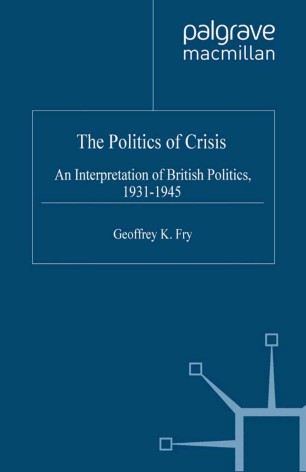 The Politics of Crisis

The Politics of Crisis is an interpretation of the most dramatic periods of modern British political history - the decade and a half between 1931 and 1945. Formed to sustain the British economy in the midst of the Great Depression, the National Governments of the 1930s achieved this and more, and electoral popularity unmatched since. Yet the conventional wisdom about those Governments is full of the unemployment that they inherited, as it is of the image of Neville Chamberlain trying and failing to buy peace from Hitler at Munich. For then comes the Second World War and Winston Churchill and victory of a kind for Britain, and a curious form of domestic politics that, with peace restored, witnesses the victor turned out of office. The Politics of Crisis clinically assesses the evidence and these events and provides a challenging and new interpretation of them.