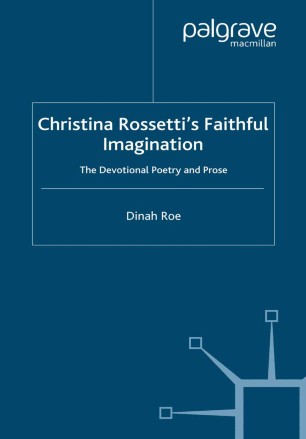 The Devotional Poetry and Prose

This new study focuses on the critically neglected area of Rossetti's devotional poetry and her prose, offering a critical intervention in the feminist construction of an important Victorian woman poet.

DINAH ROE is an independent scholar whose interests include the nineteenth-century novel, Victorian poetry, and the devotional prose works of Christina Rossetti. She is currently editing and introducing the forthcoming Penguin Classics edition of Christina Rossetti's Selected Poems.

'Roe's book rediscovers neglected works, making a case for their relevance to a modern audience...It is a beautifully written, thoughtful and accessible work which will appeal to fans of poetry, women's writing, and the 19th century.' - The Hamstead and Highgate Express