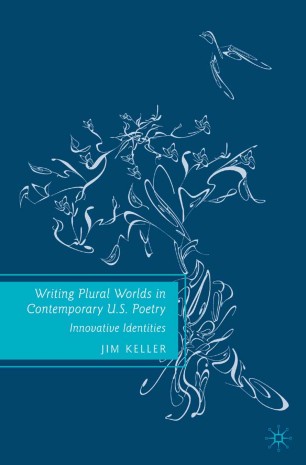 This book reveals how poets within the U.S. multi-ethnic avant-garde give up the goal of narrating one comprehensive, rooted view of cultural reality in favour of constructing coherent accounts of relational, local selves and worlds.

"Ethnic and experimental poetry are often naively seen as oppositional, but Keller celebrates that both are part of the warp and woof of the complicated linguistic relations of this contemporary moment. He understands that poetry is all about self-contained but open, agonistically engaged local worldhood. Writing Plural Worlds in Contemporary U.S. Poetry is impressive and moving for its devoted attention to how contemporary U.S. poetry both thrives and extends its attentions beyond the boundaries of the U.S. nation." - Juliana Spahr, co-editor of Poetry and Pedagogy: The Challenge of the Contemporary

"Close readings of poems from a variety of North American writers - among them Nathaniel Mackey, N. J. Loftis, Francisco Alarcon - skillfully and eloquently offer convincing evidence to underwrite the book s central argument, which blends European philosophy with New World understandings of culture and representation to put forth a concept of innovative identitarian pluralism rather than multiculturalism. Moreover, the warmth and writerly grace of the style make the book and its argument more than merely convincing, but also a pleasure to read. This book comprises a significant contribution to American (in its broadest sense) letters." - Maria Damon, Professor of English, University of Minnesota and author of The Dark End of the Street: Margins in American Vanguard Poetry