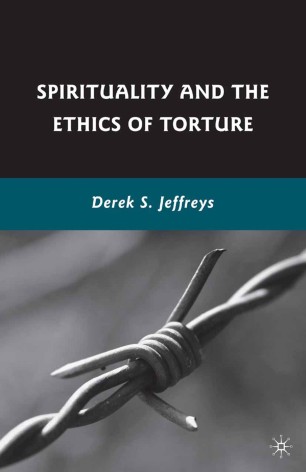 Spirituality and the Ethics of Torture

What exactly is torture? Should we torture suspected terrorists if they have information about future violent acts? Defining torture carefully, the book defends the idea that all people are valuable, and rejects moral defenses of torture. It focuses particularly on practices like sensory deprivation, which perniciously attack the human psyche.

"Jeffreys fills an important gap in the national debate on torture by addressing its moral and spiritual dimensions at a moment when these have all too often been overlooked in favor of doing whatever it takes. He writes with admirable clarity and conviction." - Jane Mayer, author of The Dark Side: How the War on Terror Turned into a War on American Ideals

"This book s first and greatest strength is that its analysis of torture s nature is based upon and carefully articulated with a subtle and supple understanding of what human beings are and what it means to act as one . . .It takes account of a very wide range of literature on the subject, including not only the philosophical and theological contributions to which Jeffreys tastes and skills draw him, but also the legal and political and diplomatic literature, which is often very illuminating. Its personalistic analysis of the torture question often opens up unexpected and deeply suggestive avenues of thought." - Paul J. Griffiths, Warren Chair of Catholic Theology, Duke Divinity School

"Jeffreys careful attention to contrary views, arguing for them with a fairness that the subject matter might often tax, makes this work a valuable an exercise illuminating a humanly challenging topic. With dispassionate passion, he offers a robust philosophical grounding of the human person, distinguishing his work from much current inquiry in the field." - David Burrell, Hesburgh Professor emeritus of Philosophy and Theology, University of Notre Dame and Professor of Ethics and Development Studies, Uganda Martyrs University, Nkozi