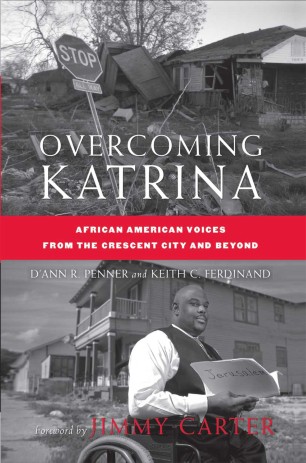 African American Voices from the Crescent City and Beyond

Overcoming Katrina tells the stories of 27 New Orleanians as they fought to survive Hurricane Katrina and its aftermath. Their oral histories offer first-hand experiences: three days on a roof with Navy veteran Leonard Smith; at the convention center with waitress Eleanor Thornton; and with Willie Pitford, an elevator man, as he rescued 150 people in New Orleans East. Overcoming approaches the question of why New Orleans matters, from perspectives of the individuals who lived, loved, worked, and celebrated life and death there prior to being scattered across the country by Hurricane Katrina. This book's twenty-seven narrators range from Mack Slan, a conservative businessman who disparages the younger generation for not sharing his ability to make "good, rational decisions," to Kalamu ya Salaam, who was followed by the New Orleans Police Department for several years as a militant defender of Black Power in the late 1960s and '70s. These narratives are memorials to the corner stores, the Baptist churches, the community health clinics, and those streets where the aunties stood on the corner, and whose physical traces have now all been washed away. They conclude with visions of a safer, equitably rebuilt New Orleans. *Scroll down for more audio excerpts from Overcoming Katrina*.