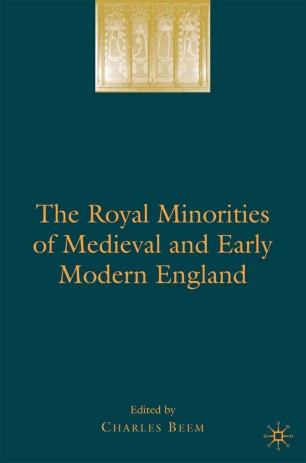 The Royal Minorities of Medieval and Early Modern England

This study covers the history of the underage male kings of England, examining their historical relationship to one another and assessing their collective impact on the political and constitutional development of England.

"Charles Beem has assembled an impressive lineup of historians well-acquainted with their subjects to illuminate the history and significance of royal minorities over three centuries. This is a well-conceived and well-organized book dealing with an important topic that has not been covered in this kind of detail before." - Chris Given-Wilson, Professor of Late Medieval History, University of St Andrews"Royal minorities have always intrigues historians. The ultimate anomaly in the dynastic principle arose where the enormous panoply of royal power had to be borne by monarchs who at their accession were sometimes only adolescents, sometimes barely within the age of reason, or sometimes mere mewling babies. The monarchs in question - Henry III, Edward III, Richard II, Henry VI, Edward V, and Edward VI - form the subjects of the studies drawn together in this new collection, authored respectively, by Christian Hillen and Frank Wswall, James bothwell, Gwilym Dodd, Ralph Griffiths, Michael Hicks, and Charles beem. - W. Mark Ormrod, Journal of British Studies Book Review